Leeds-headquartered Widd Signs has completed a five-figure project to design and install external and internal signage at the impressive UNINN Parkside development in Coventry.

The project has seen Widd Signs, which has bases in Leeds and St Helens, install eye-catching UNINN branding at the top of each of the developments’ three towers, which are six, thirteen and nineteen storeys high. In addition, the company has created and installed internal wayfinding signage and door numbers throughout each of the three buildings.

The digital and traditional signage specialist was commissioned by construction company Winvic, which has built the three towers as part of a student accommodation scheme comprising of 502 ensuite rooms, as well as a gym, laundry, cinema, communal lounge and retail space.

Commenting on the project, Phil Bamford, head of operations at Widd Signs, said: “This is one project that definitely required our fitters to have a head for heights, particularly on the windier days.

“We’ve worked with Winvic on a number of projects now, and we were delighted to once again put our expertise and craftsmanship to good use through the creation and installation of striking signage, which can be seen from miles around.”

Ben Fowler, project manager at Winvic, said: “We know from experience that Widd Signs provides a level of service that is second to none and, once again, they’ve delivered brilliantly, crowning each of the three towers with some impressive branded signage.”

Located at Parkside just outside the city centre, the three towers are now open, with the first 200 apartments completed. 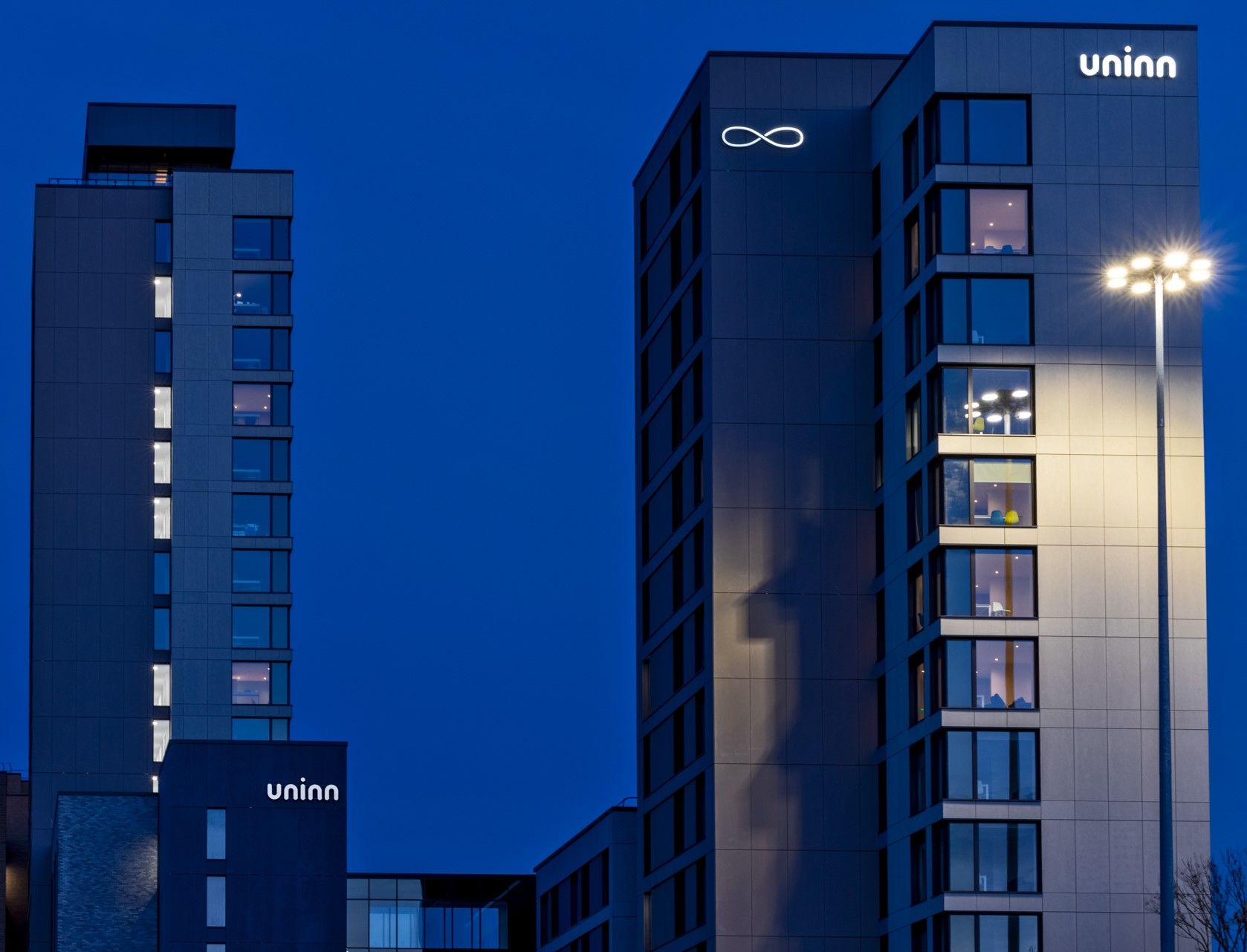