You can do whatever you want to do, at whatever age you are

Renowned sculptor Simon Gudgeon has joined the conversation on shunning out-dated ageing stereotypes with his contribution of two sweeping sculptures for The Parsley Box Garden at this year’s RHS Chelsea Flower Show.

His bronze pieces, Amorous, stand at 85cm in height and were created last year.

The reverse heart shaped structures will bring an uplifting energy to Parsley Box’s first Chelsea garden which seeks to champion and empower the over 60s and bring the conversation around aging to the fore.

A big champion of continually evolving throughout life, the 62-year-old who grew up in Yorkshire, started his career as a solicitor before turning his hand to painting and then developing his skills as a self-taught sculptor.

His wife Monique, also 62, shares his outlook on evolving with age and left her hectic job in PR in London in her 30s to retrain in horticulture. She now runs Simon’s sculpture park, Sculpture by the Lakes, in Dorchester as head gardener.

Simon, who recently worked with a 92-year-old potter who started learning about pottery at the ripe age of 90, claims it cemented his lifelong belief that people should never consider themselves too old to try something new.

He said: “I would urge people of any age to find the courage to find what they love and to jump!

“Go out there and learn and change until you find something you love doing. Keep changing in life. I’ve always forged my own path.

“I decided back in my 30s that I wouldn’t have a pension - I never want to stop working and I definitely don’t want to go backwards.

“My attitude towards getting older is that you shouldn’t be scared to fail. Even if you make a mistake, you learn something from everything you do. I would urge people who are getting older to keep looking forward.

“Ultimately, achievement in life is to get to whatever age you’re at and to be happy with what you’ve achieved and what you’ve done with your life.”

Simon, is delighted to have one of his sculptures back at RHS Chelsea Flower Show after a three-year break and stressed that the passion, ideas and inspiration behind it are ageless.

Simon believes sculpture can play an important role in enhancing the beauty of a garden. His pieces for The Parsley Box Garden convey a sense of the wisdom of experience rising up and soaring through life, as well as being aesthetically pleasing.

He said: “Outdoor sculpture is an ever-changing event. The different seasons, variable weather, the hours of the day, varying light highlighting different planes of the sculpture, all contribute to transform how the work will be seen.

“It is no longer static; it becomes part of the environment and changes with it. One of the defining aspects of our species is that we make objects that are essentially non-utilitarian; we make beautiful artwork because we find them pleasing to the eye and the soul.

“Some of that power is diminished when they are placed in a museum or gallery because they are out of context. Placing sculpture outdoors, where large pieces were intended to be, restores that power and that is why people will relate to them.

“A sculpture, on a superficial level must encapsulate beauty, it must uplift the spirit and enhance its surroundings. But on a deeper level it should resonate with the viewer and have a subconscious appeal to their emotions, whether those emotions are the same as the artist intended is not important, what is important is that the viewer connects with the art.

“Sculpture is a visual language, it can convey meaning and ideas that cannot be put into words, it should move you and convey its emotional power before the viewer reads the story behind it.

“Abstract shapes can have an intrinsic beauty that has a resonance with the human condition and conveys emotion. Beauty delights the senses and the mind, but it is not so much the quality in the object itself as the effect it has on those who see it.” 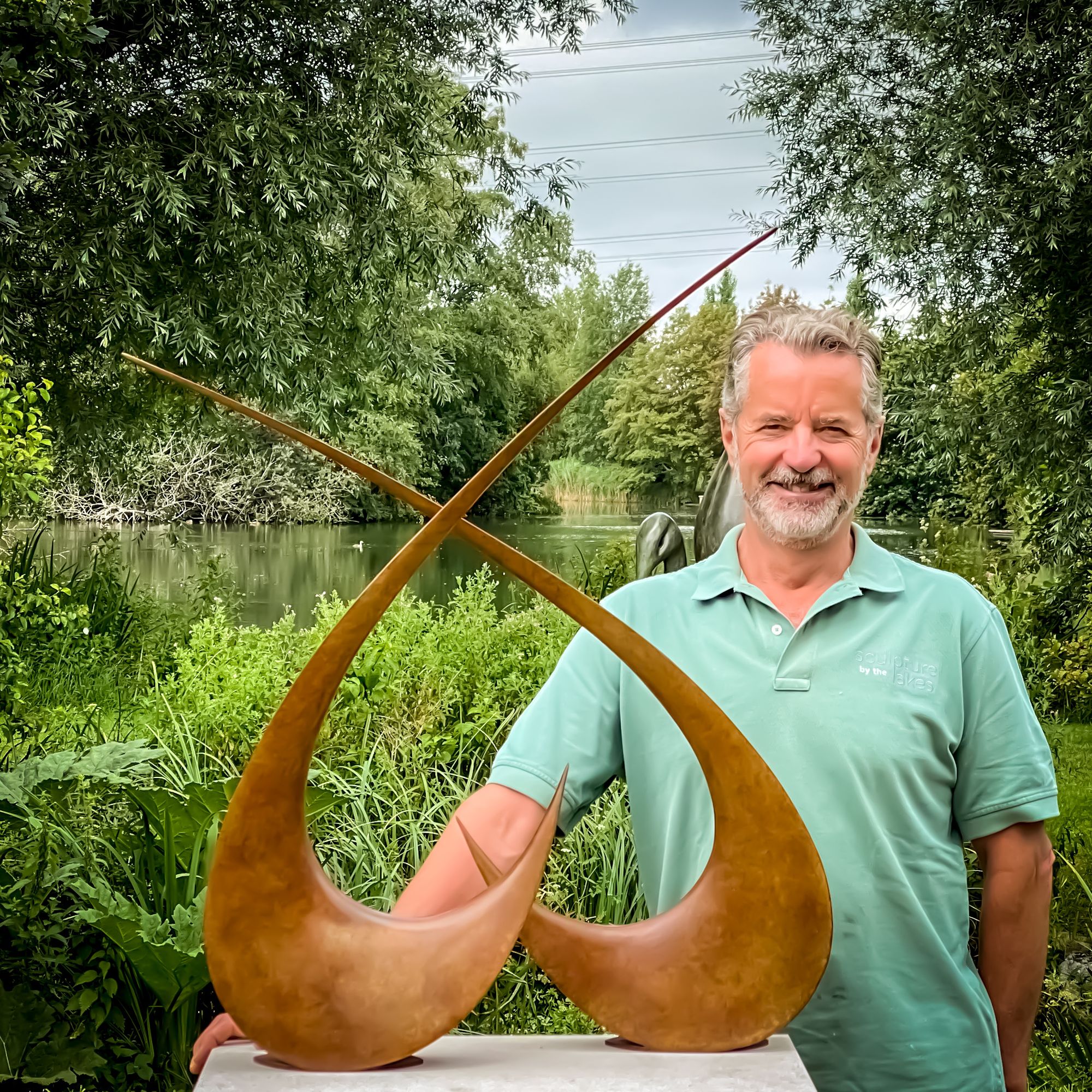 Inspirational success stories to be shared on new growth podcast

Step back in time to the golden era of music

Lulu – For The Record