City Varieties Music Hall is set to take a starring role in the filming of Catherine Tyldesley’s (Coronation Street, Scarborough) first ever comedy play, The Ceremony, which will be broadcast online from Sunday 13 December, with all proceeds going to Acting for Others, Theatre Artists Fund and Leeds Heritage Theatres.

Set on Canal Street, Manchester, The Ceremony tells the story of Donna Dium, life coach and self-taught shamaness, and her first ever attempt to contact the spirit world. Following a string of appearances on daytime chat shows and armed with fifty quid’s worth of Ayahuasca from Bury Market, what could possibly go wrong? The evening soon derails into chaos, tears and laughter, as her oblivious guests purge themselves of their hidden ghosts.

Catherine Tyldesley says, “I’m super excited about my first play going into production! I wrote 'The Ceremony’ during lockdown. I’ve managed to assemble my dream cast along with one of my all-time favourite directors, the brilliant Lee Salisbury.

“Writing has always been close to my heart and to finally see my words brought to life by such incredible talent is nothing short of a dream come true.

“I’m hopeful people will love the play as much as we do, and I’m thrilled we can raise money for the arts at the same time.”

Acting for Others and Theatre Artists Fund have been relentlessly supporting the UK’s Arts Industry during the ongoing coronavirus pandemic, whilst, like so many others, Leeds Heritage Theatres has been forced to temporarily close their doors having entertained Leeds’ audiences for more than 400 years collectively.

Tickets can be purchased at www.stream.theatre. 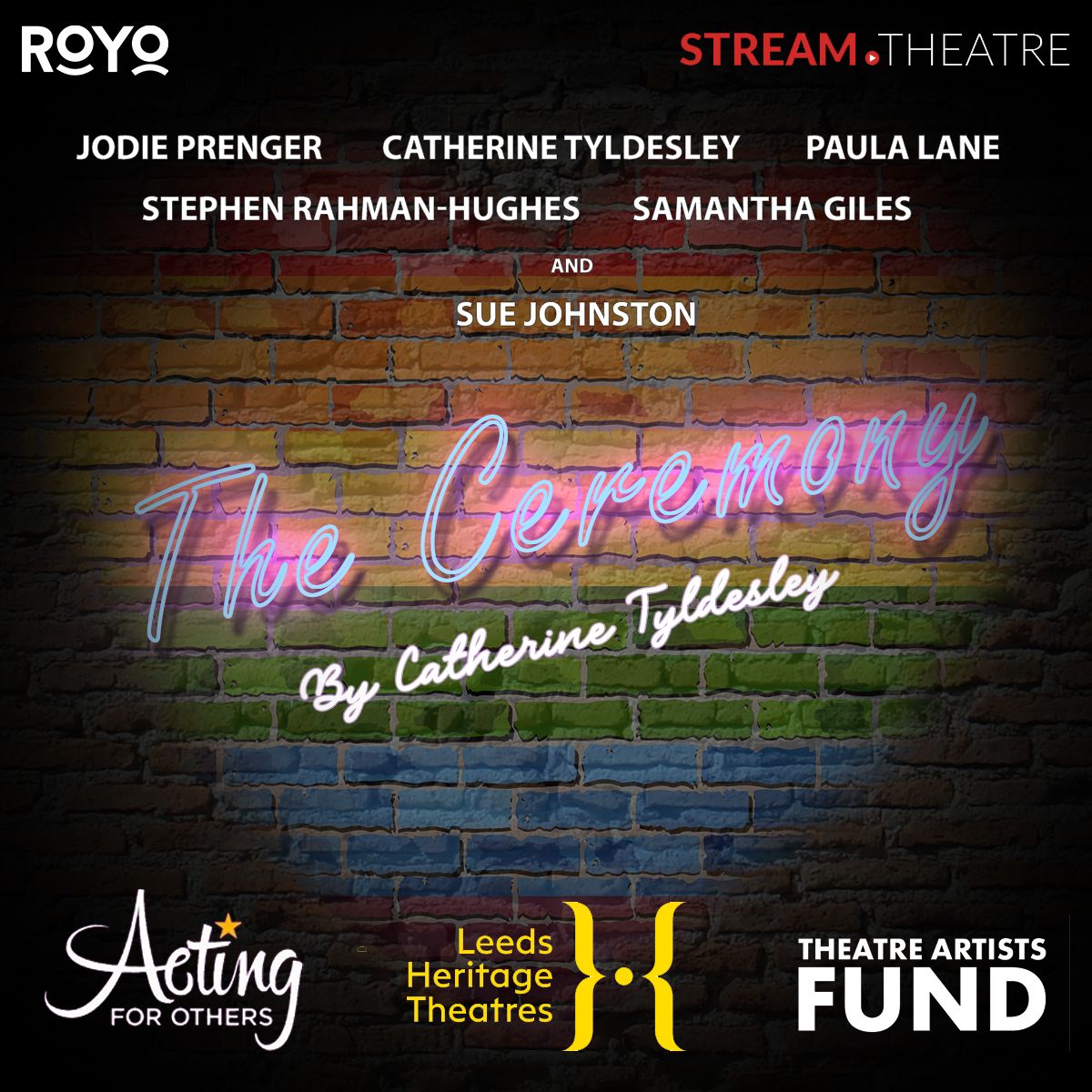 Plan ahead with new routes as Connecting Leeds transforms travel