Official Harry Potter statue to be unveiled in Leicester Square

Harry Potter playing Quidditch will be the newest statue to join ‘Scenes in the Square’, a film sculpture trail in London’s Leicester Square, it has been revealed.

The new statue, to be unveiled later this month, will depict the memorable moment that Harry Potter (played by Daniel Radcliffe) takes flight on his Nimbus 2000 broom over the Hogwarts Quidditch pitch for the very first time, in a scene from the Warner Bros. film, ‘Harry Potter and the Philosopher’s Stone’.

The dynamic bronze statue takes pride of place in the heart of the square, close to where ‘Harry Potter and the Philosopher’s Stone’ had its world premiere back in November 2001. 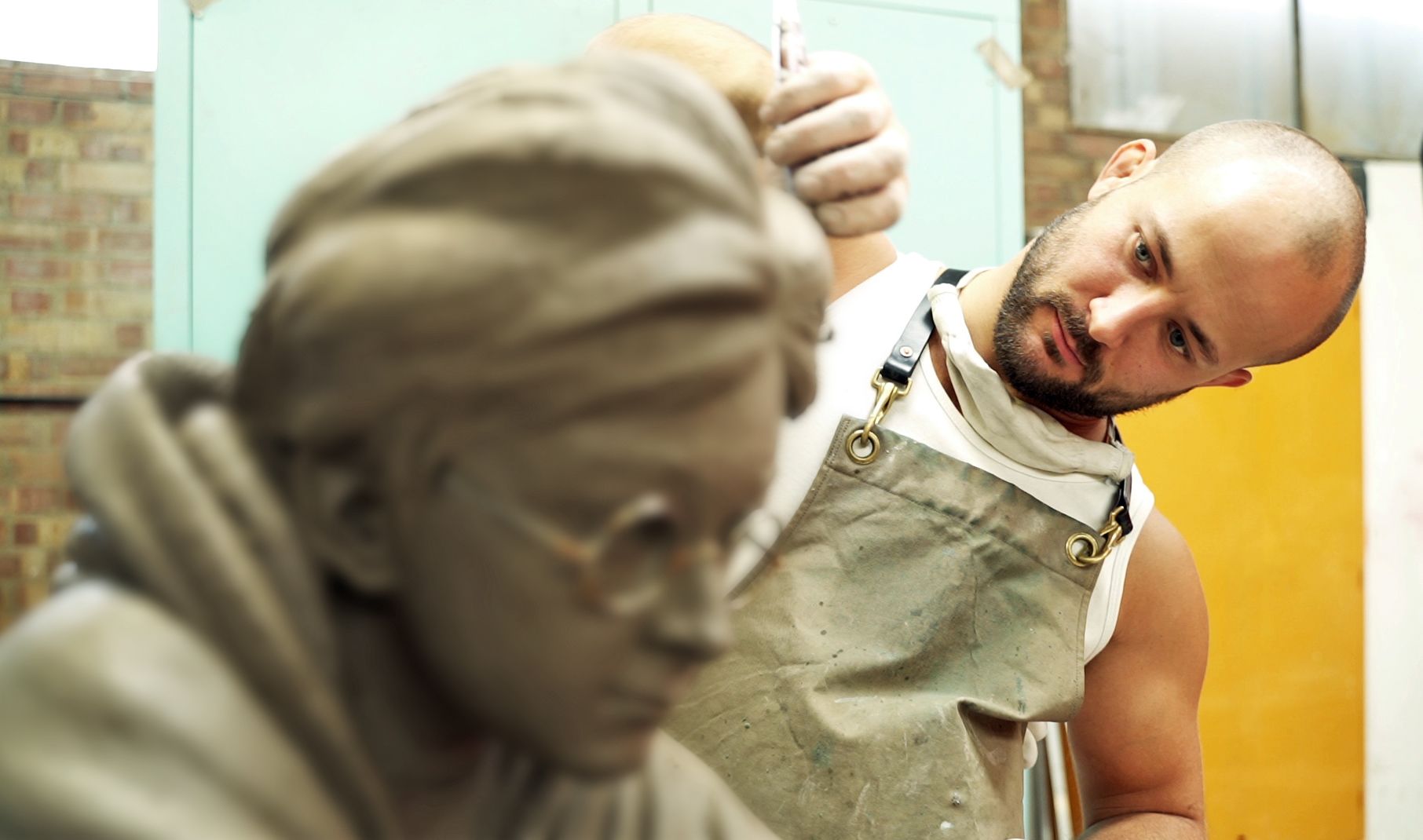 It also precedes the release on October 6th of Quidditch Through the Ages Illustrated Edition from publisher, Bloomsbury in the UK and Scholastic in the US. First published over 15 years ago in aid of Comic Relief and Lumos, and written by J.K. Rowling as esteemed fictional Quidditch writer Kennilworthy Whisp, the book contains all you will ever need to know about the history, the rules – and the breaking of the rules – of the noble sport of Quidditch. Now, this much-loved companion to the Harry Potter books has been gloriously reimagined in a large illustrated colour gift edition by the innovative and award-winning illustrator Emily Gravett.

The statue will join eight other film icons from the past 100 years, which were unveiled in late February and recently granted longer term residency by Westminster Council to remain in Leicester Square until at least July 2023. Gracing the buildings, benches and flower beds of the historic square, visitors can also encounter Laurel & Hardy, Bugs Bunny, Gene Kelly in Singin’ in the Rain, Mary Poppins, Mr. Bean, Paddington and iconic DC Super-Heroes Batman and Wonder Woman.

Mark Williams, Director of Destination Marketing at Heart of London Business Alliance, says: “I’m thrilled to be welcoming such an icon of British cinema to Leicester Square’s ‘Scenes in the Square’ trail.

“Harry Potter is undoubtedly one of the world’s most popular fictional characters, and it is fantastic to celebrate that here in Leicester Square where the very first film premiered almost twenty years ago.

“We can’t wait for Harry Potter fans from the UK and around the world to be able to visit this historic new statue, re-experience the movies and share their selfies for many years to come.”

Josh Berger, President of Harry Potter Global Franchise Development at Warner Bros., added: ‘Statues in this impressive installation represent some of the most iconic characters and actors in movie history, and we are delighted to see Harry Potter soaring across the Square. The Harry Potter series has delighted fans of all ages for decades and we hope that this will continue to bring people joy.’

As one of the world’s best loved franchises, for today’s growing community, and for generations to come, the Wizarding World connects all aspects of this magical realm. Today, it includes seven much-loved novels, eight timeless Harry Potter films, two Fantastic Beasts movies and a chance to discover the magic of filmmaking at Warner Bros. Studio Tour London – The Making of Harry Potter. There are also incredible theme-parks in three countries, the multiple Tony and Olivier award-winning stage-play - Harry Potter and the Cursed Child, as well as state-of-the-art videogames, innovative products and the Harry Potter Fan Club at www.WizardingWorld.com.

Five further plots in Leicester Square have also been made available for new film and entertainment statues to take up temporary residence, alongside Harry Potter and the other entertainment legends. Organisers promise many much-loved and diverse movie icons will soon join the legends gracing the West End, making it a creative film tourism hub to rival Hollywood.

The unveiling of the statue coincides with Westminster City Council’s Inside Out Festival which will see a range of arts and cultural activities taking place on the streets of Westminster from 1 October.

An audio tour hosted by Alex Zane is also currently available, packed with movie clips, on most podcast platforms, giving visitors a thirty-minute walking tour packed with trivia and humour. A Harry Potter section will be instantly added to this once the statue has been unveiled.

Harry Potter statue will be unveiled in Leicester Square, as part of ‘Scenes in the Square’, at the end of this month.

Strategies for organising a safe and secure event

Over 9,000 in Yorkshire sign up for UK’s biggest ever plastics investigation