Leeds’ premier open air drink and dining space, Chow Down, is back

Leeds is all set for a summer to remember with its much-loved drink and dining space, Chow Down, opening its doors to the public again on 12th April. The outdoor destination, hailed for its incredible selection of food, drink, and music is returning bigger and better with the addition of street art, new seating areas and huge collaborations, with confirmed dates throughout the summer right through till September. The first bookings for the whole of April sold out within 48 hours, which is highlighting how eager people are to socialise again.

Located at Temple Arches on Globe Road, a 5 minute walk from Leeds train station, this year’s Chow Down brings you everything you know and love about the iconic experience,

with the new al fresco seating area. As Leeds’ biggest open space, the venue is also one of the city’s safest spaces, with social distancing measures and table service remaining in place until further notice.

What can people expect?

In a nutshell, epic collaborations with some incredible talent. Temple Arches will see a massive music line-up in 2021 as the summer unfolds. Expect to hear some highly anticipated headliners, including including eclectic mixes from Mr Scruff; disco shenanigans from Horse Meat Disco; Hacienda’s DJ Paulette, who is returning after appearing at last year’s bank holiday Chow Down; Phantasy Sound’s head honcho Erol Alkan; the
multi-talented record producer, remixer and Hot Chip founder, Joe Goddard, who will be bringing some experimental beats and Glasgow’s Party Starters, Optimo, who will make an appearance as the music line-up steps up a beat. Bands lined up for later in the year include Mr Wilson’s Second Liners, New York Brass, Band Back Chat Brass Band, and Loud Noises.

Chow Down have been curating food areas with Leeds Indie Food for four years now and this year is the biggest and tastiest food line-up yet. Traders from all across the UK have been invited so expect to see some new faces mixing with popular traders from last year. As well as street food, customers can expect to see chef collaborations later down the line as Temple Arches becomes the hot spot for discovering new food in 2021. From local food heroes Bastards Bistro, Holy Mountain Kitchen, Little Red Food Truck, MorMor and Homeboy Pizza Co, alongside brand new taco slingers Crunched, Wallace and Son, Bomba Paella and so much more.

As the warmer days of summer approach, customers with a sweet tooth can indulge in a brand new dessert van, Scoop, which will be supplying a rotating mix of donuts and brownies, all served with a scoop of ice cream, with vegan options available. Scoop will also be working alongside North Star Coffee on a special filter blend to finish the perfect pairing
of coffee and dessert.

For those looking for something to wash all of that down, the team at Chow Down is working in collaboration with some local indies to supply an amazing drinks offering. North Brew Co recently moved to their new brewery and the Chow Down Orange & mandarin Pale Ale is only the second collab beer to be brewed at the site, launching on Chow Down’s opening week. Other special brews are in the pipeline with neighbour brewery, Northern Monk, as the beer menu looks to rotate each week, providing the freshest beer possible.

If that wasn’t enough, Chow Down have collaborated with Heart Research UK and local artist Nicolas Dixon, creator of the renowned ‘Bielsa the Redeemer’ mural, to launch an exclusive piece that will be displayed to raise awareness of Heart Research UK’s anonymous heART project. This annual art-inspired fundraising campaign raises vital funds for medical research at universities and hospitals throughout Yorkshire and the UK.

Speaking about Chow Down, Simon Fogal, one of the founders, said: “We managed to have a couple of really great Chow Down sessions in the window between lockdown 1 and 2 and it gave us a good insight into how best to run them in a more socially distanced way until everyone gets their vaccine. The Leeds indie scene has been massively impacted by the pandemic so we’re determined to make 2021 better than ever and give these businesses a boost and we encourage all customers that book with us to visit the local area, as their are some great indies like The Cross Keys and Northern Monk Refectory.

We have seen a record amount of ticket sales this time round which shows that people have an appetite for getting out and about, supporting the indies they know and love, as well as discovering new ones. We wanted to expand on what we offered last year which is why we’ve included traders from further afield than Leeds and Yorkshire, plus the music lineup is the best we’ve ever had.”

All bookings secure customers a 3 hour time slot, with a choice of covered or uncovered seating at a table or a snug booth. The rule of 6 will be in operation and everything will be cashless, with food and drink orders placed online, via an app, and delivered direct to the table.

Speaking about the sessions, Stu Butterworth, part of the Chow Down founding team and New Citizens, said: “This is going to be a huge summer for both Chow Down and Temple Arches as we build on our successes from last year.

We can’t wait to welcome everyone back to Chow Down, refreshing Leeds city centre as lockdown eases. We have made some major additions and improvements to the site, such as our new alfresco terraced seating area, perfect for a summer's afternoon. Our music lineup is the strongest ever and with a solid mix of genres across live and DJs. Our new visual arts addition rounds off our programme to compliment our food and drink offering”.

Bookings for May (last few spaces) and June bookings open on Friday 26th March at 9am. Visit Chow Down here: https://chowdownevents.co.uk/ 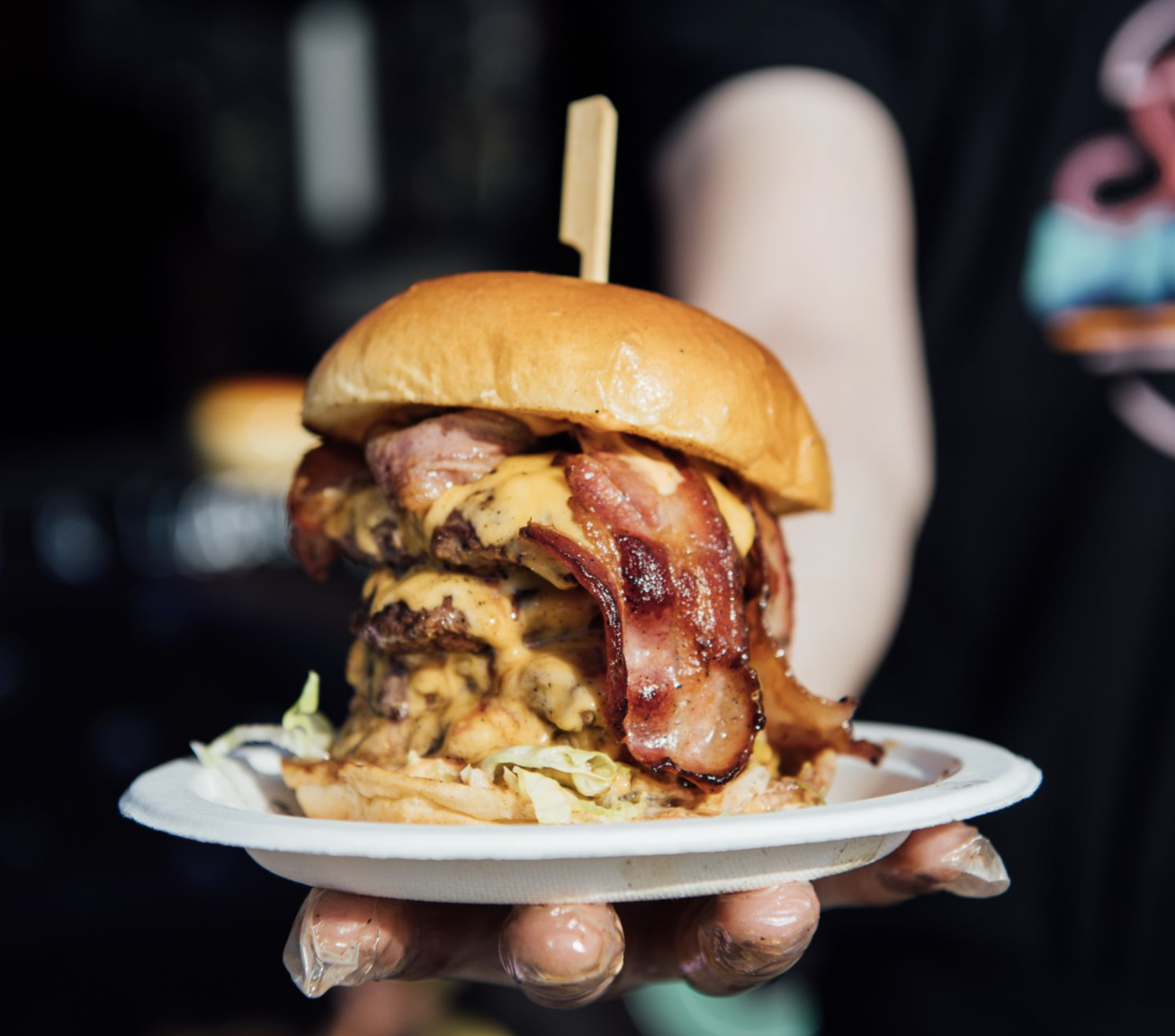 Leeds Indie Food returns with a showstopping line-up for 2022